Do Your Team Members Not Trust You-20 Ways to Tell 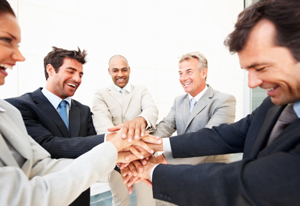 Trust is one of three things—along with credibility and respect—that need to be established by leaders for teams to be successful. How can you (as the leader) tell if your team members are losing faith in you?

In our culture overall, trust seems to be declining, especially in the workforce. A 2011 poll of almost 2,000 workers, conducted by Maritz Research Corp, showed that 25 percent of employees report having less trust in management than they did in 2010.

Stephen M. R. Covey, the author of The Speed of Trust: The One Thing That Changes Everything, believes trust is very important for a team to be successful.

“Significant distrust doubles the cost of doing business and triples the time it takes to get things done,” he says.

So, if you’re a leader, how can you tell if your team members don’t trust you? Here are 20 signs to look for from your employees. Employees who are:

In his best selling book, The Five Dysfunctions of a Team, consultant and speaker Patrick Lencioni describes five things that go wrong as teams attempt to work together. When trust is lacking, these other problems often arise.

Trust is critical in building a high-performance team and lack of trust is very visible in a dysfunctional team. For her, the most obvious sign of a lack of trust is when no one will bring up any issue or problems that will show him or her to be weak or vulnerable.

When people don’t trust team members, it means that conversation and feedback cannot be candid and difficult questions cannot be asked.

If team members don’t feel like they’ve been heard, due to a lack of trust and the fear of conflict, they begin to lose interest in the work.

When people aren’t committed to projects, they begin to blame others and external factors for any issues.

This occurs as a result of all the other dysfunctions. The pursuit of individual goals and personal status erodes the focus on collective success.

If you begin to notice some of the above signs in your teams, take action quickly so that your team can be productive, reach its goals and support each other effectively. You may also want to check out my article about how to increase trust in the workplace. Also, here are 10 clues that employees are disengaging.

What other signs do you know to recognize when team members are losing trust in their leaders?