3 Ways to Keep Entitlement Mentality Out of Your Company 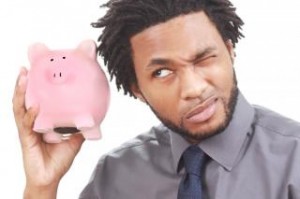 The culture of entitlement is rampant in corporate America. Whether someone has been an executive for years and believes they just need to show up to get a bonus or if they are fresh out of college after being never allowed to fail in school. Either way, they’ve been conditioned that they are winners who deserve nothing but the best.

If you have employees who believe that they are rewarding you with their presence rather than being motivated to perform at high levels, you won’t get very much in the way of results out of them. So how do you keep the mindset of entitlement from going viral in your company?

1. Filter out entitled individuals at the interview stage.

The best way to not have an entitlement culture is not to hire people with an entitlement mentality! Create behavioral interview questions for candidates that may reveal that they have unrealistic expectations of salary, hours, or other aspects to the job. Effective questions can eliminate potential entitlement issues in the future.

For instance, if the candidate complains that a former manager was too harsh, evaluate whether that sounds like a legitimate complaint, or whether the candidate has a problem with authority and accountability, and doesn’t like having their actions questioned. Lastly, see what their attitude is towards past accomplishments. Are they proud of specific projects they worked on and had success with? Or are they proud of titles and prestige? In short, are they concerned with performing well or just with looking good?

2. Keep an eye on whether your executives are challenged or stagnating.

“Entitlement is pervasive in American culture. The athletes and coaches who traffic drugs or abuse children because the rules don’t apply to them; […] politicians who can legally buy and sell stock based on non-public information,” states Whitney Johnson, founder of Rose Park Advisors.

She’s not wrong. Anyone with an eye on the news can see people in positions of power taking what he or she wants because they believe negative consequences should not apply to them.

And for anyone in a similar position of power in a company, it’s easy to ask, “Why not me?” So, how do you identify behaviors of entitlement? Among your fellow leaders (and yourself!) ask these questions:

Do you see a lack of concern for how decisions will affect people who are not part of management?

Not only will letting these behaviors continue negatively affect your company’s prosperity and growth, but it will set an example to your employees that their leaders are untrustworthy and not worthy of respect.

3. Create a culture of responsibility among your employees.

Brad Hams, founder of Ownership Thinking and a Vistage speaker, gives the example of a company he worked with where the employees had the impression that the percentage of profit from revenue was at 30—50%. At that particular company, the profit was actually 0.2%!

Because of the assumption that the management had so much extra money, the employees felt comfortable racking up overtime, wasting resources, and doing other things to cost the company money; the perception created an “us and them” mentality where the employees did not see themselves as stakeholders in the company, but only as beneficiaries.

But adopting ownership thinking means being transparent with your employees, so each of them feels personally part of the success of the company. When they see their company succeed, they know they’re successful as well. Not because of who they are, but because of what they’ve done to be part of something successful.

Your goal as a company leader/manager should be to eliminate as much entitlement culture at your company as you can by valuing accountability, from top to bottom, and by setting clear performance expectations and providing feedback and consequences when expectations aren’t met.  Ultimately your success will be measured by financial success.

What techniques have used to successfully rid your organization of the entitlement mentality?