Want Proof That Employee Engagement Leads to Increased Profits? Here It Is 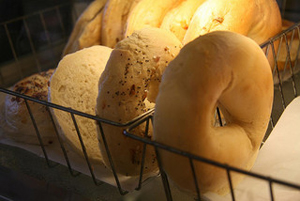 All leaders want their company to be successful and profitable. But what is the one thing that, if you focused on improving it, would increase your profitability?  The answer for many successful companies is: focusing on their people.

This means going beyond making your employees happy. This means employees who are fully engaged.

Who are engaged employees? They:

Only 30% of U.S. workers were  engaged in their work and workplace during the first half of 2012, according to Gallup. Also only 20% of employees around the world say that they are engaged. If your company’s engagement has similar levels, your company is at risk of lower productivity and higher turnover just to name a couple of negative implications.

He also writes in his book: “We know, for example, that engaged managers and employees are much more likely to remain in an organization, leading directly to fewer hires from outside the organization. This, in turn, results in lower wage costs for talent; lower recruiting, hiring, and training costs; and higher productivity (fewer lost sales and higher sales per employee). Higher employee continuity leads to better customer relationships that contribute to greater customer loyalty, lower marketing costs, and enhanced sales.”

In another analysis, they looked at companies in what we call our High-Performance Engagement Index. This group, which shows consistently higher engagement levels than average organizations, produced shareholder returns 9.3% higher than the returns for the S&P 500 Index from 2002 through 2006.

What other research can you add to this list that shows the importance of employee engagement?