A Lesson in Learning to Accept Change 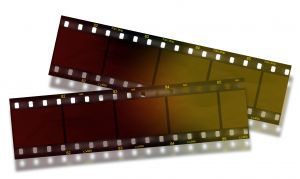 I, along with my husband, were two of millions recently who’s vacation was changed due to the volcanic eruption in Iceland which delayed flights for days in Europe.

In our case we had been enjoying a lovely cruise and two days before finishing up in Venice, we heard about flight delays with no end in sight. Since we had already been gone for almost two weeks, returning home was something we were looking forward to yet we knew that our flight on Saturday morning was not going to take place.

So we started to list our options with the first goal being to get to a major airport which would provide more flight options once the skies were opened for air travel. We chose Rome since it was south and farther from the volcanic eruption. Our initial options: train, rental car, bus, or boat. Taking a boat was going to be too long a journey. Our first pick was train but we learned that there were no seats to be found on trains.  So next was rental car.  They were available but only if your returned them to the office you rented them from.  This was not going to be an option either.

During this frustrating process, we promised ourselves that during the extra time we had in Europe we were going to enjoy ourselves and make the best of this unanticipated delay. We reminded ourselves that there were many people in much worse situations. We met one older gentleman who was running out of heart medication, two young girls who had flown on buddy passes and were rapidly running out of money, a large group of inexperienced travelers who spent each day going to the airport in hopes of learning they had a flight home, families with small children who were missing awards ceremonies back home that the children had worked so hard to earn.

We found that being close to the airport with many stressed out people was becoming contagious and not a positive experience. We may not be able to get to Rome, but we could still rent a car and leave the city while we waited for a flight to Rome.

Although we had no control when the situation would change, we did have control of how we viewed the situation and the actions we took.  Once we got into Venice, many of our fellow travelers made the decision to stay put in their hotels or they choose to put their heads in the sand. The environment quickly grew toxic as people fed off of each others negative attitudes.

My husband took control and started thinking about other resources. Since our travel options were limited to local car rental, where should we go as we were spending our last night in our hotel room which were going to have to vacate in the morning. He suddenly remembered some friends who had a home outside of Venice.  We knew they would not be there but made a call back to them in Atlanta to get hotel recommendations in their Italian village.  Our friend was gracious and recommended a local family run B&B that many of his friends had used in the past.

So the next morning, we rented a car and drove out to Piombino Dese, Italy.  And for the next three days we explored the nearby towns of Castlefranco, Treviso, Bassano Del Grappa, and  Asolo. Three unexpected days in towns with unique identities, wonderful food and welcoming people.

We had made the choice and the decision to make the best of a situation that was not perfect and it become one of the very best memories of our trip.  So the next time you are faced with an unexpected change: