Behaviors That Derail Leadership Success, and Why Your Habits May Be Holding You Back 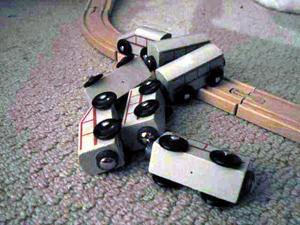 We all know leaders who have failed, and the media is, of course, full of examples. But can leaders prevent their own failure? Are there certain behaviors that leaders can watch out for, or change, if they want to reach their highest potential?

According to research, the answer is yes. Various studies and experts have revealed behaviors that get in the way of high performance. If you’re a leader, or you want to be one, ask yourself if you behave in any of the following ways.

20 Bad Habits that can Derail your Success

Marshall Goldsmith, one of the best and most successful executive coaches, believes that good manners is good leadership and that bad habits keep successful people from reaching even more success. His bestselling book, What Got You Here Won’t Get You There, defines 20 bad habits of leaders:

Listening to others feedback about your leadership behaviors can help you realize which of the bad habits above you may have.

What bad habits have are holding you back? And how can you change your behavior so that it doesn’t derail your success?