Common Succession Planning Mistakes – And How to Avoid Them 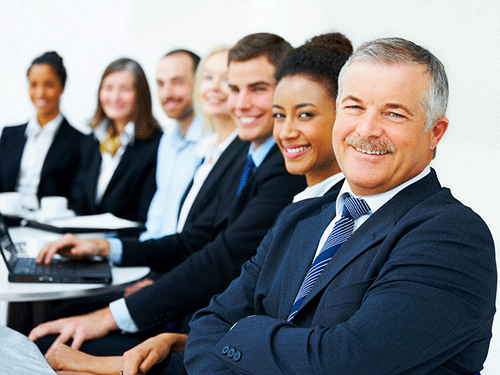 When it comes to succession planning, entrepreneurs can easily make mistakes, become distracted or take the wrong path. After all, the process is part science and part art. But the following common mistakes can be avoided when leaders know how to take control of the process:

Probably all business leaders know that they need to focus on succession planning at some point. But it always seems that something more important is going on that needs immediate attention, and succession planning can be lumped into the “things that would be nice to do if I had the time” bucket.

When leaders put off planning efforts, time is probably not really the issue. If CEOs engage in some self-reflection, they will likely discover that the root of their procrastination is fear. High-level executives often find that their personal identities are bound up in their jobs. This is understandable, considering the amount of time and energy that go into building a successful business career.

When it’s time for them to identify and start mentoring a successor, many leaders wonder what the process will mean for them as individuals. Who will they be if not a CEO? What will their employees think if they start grooming someone else to do their job? What value are they bringing the organization if they’re coaching someone else to take over? Will their direct reports still respect them?

These fears are common and often become enough to stop leaders from creating and implementing a succession plan.

In most cases, succession planning involves identifying several high-potential candidates. This makes good business sense but it can also have unintended consequences. When two or three people know they’re in the running for the same position, it can create a competitive environment that quickly deteriorates and even turns ugly, if left unchecked.

When identifying potential candidates, the leader must manage the process. Be honest and transparent with each individual under consideration. Reinforce the idea that it’s not so much a competition between individuals as a process that results in only one person’s taking on the post. When internal candidates have the opportunity to perform extra projects as part of the selection process, they get to stretch their skills and grow and the organization’s management also stretches as it considers its ultimate needs. Explain that the eventual successor will be the person selected who best meets the specific challenges and goals of the organization.

To reduce resentment, the leader must create a fair process. Each person under consideration should have the same opportunities to lead new projects and accept fresh responsibilities. They should also receive the same amount of coaching and mentoring throughout the process, as well. Even when succession planning is fair and objective, however, the individuals not chosen may end up leaving the organization, and the company should be prepared for this.

When leaders begin the process of succession planning, they should approach it from the standpoint of building a leadership legacy. Failing to choose a successor or properly prepare that person for success can have a lasting, negative impact on the organization. If a leader doesn’t leave the organization in a place where it’s sustainable and successful, what kind of legacy is he or she leaving?

Many business leaders and entrepreneurs fail to evaluate the new needs of the organization when considering a successor. Instead of identifying high-potential candidates whose strengths align with the company’s future growth, they focus on developing candidates they can mold into their own image.

Let’s say, for example, that you had a background in technology that prompted you to start a firm in that field. Over the years, you built the company from a small startup into a thriving enterprise. Now you realize that your company’s sales have plateaued in the past several years.

Choosing a replacement with a tech background (like you had) may not serve the company’s long-term needs. If sales are flagging, perhaps the next leader should have a strong sales and marketing background.

Preparing another person to take over when you’re ready to leave is an exercise in skill and psychology. By committing to the process and understanding that succession planning is not about you but rather the organization as a whole, you can avoid some of the most common pitfalls.