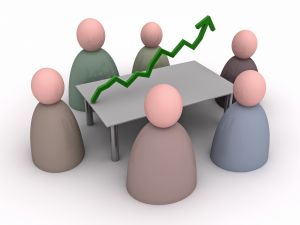 I was recently facilitating one of my Vistage CEO groups in which the group was reviewing the way we had been operating looking for ways to improve our meetings.  One of the members shared a best practice with the group which reinforces mission vision and values within his company.  He thought the technique could be transferred to our Vistage meetings. As the discussion progressed, there was a little voice in the back of my head saying “Beth, don’t get sucked into adding onto your responsibilities”. Almost as quickly as I heard the silent message,  did I turn to the member and delegate the 5 minute exercise to him for all meetings moving forward.

What an empowering feeling it was.  It really was a great idea, but the member was the one who owned the idea, not me. He should be the one to execute it during the meetings.

This 5 minute discussion got me thinking of the many times that I had not delegated in similar situations and the impact delegating has on leaders, especially in real time situations.  So often when we are planning projects and major initiatives we have time to think about who and what to delegate BUT it is the times when we are in the middle of a meeting or conversation that we often don’t delegate because we either: 1. think we should do it or 2. want to help out.

Clearly in the situation I described in my Vistage meeting, the person was already doing the very same thing in his company, so he was qualified to have it delegated to him AND I didn’t feel like I should do it. And my help in this situation was not going to add any value to the process as it wasn’t something I had ever done, although I could do it if necessary.

So the next time someone has a great idea which is going to create work for you, are you going to delegate in real time?