Elephant, Monkey or Mouse: What Should You Be Concerned About Most as a Leader? 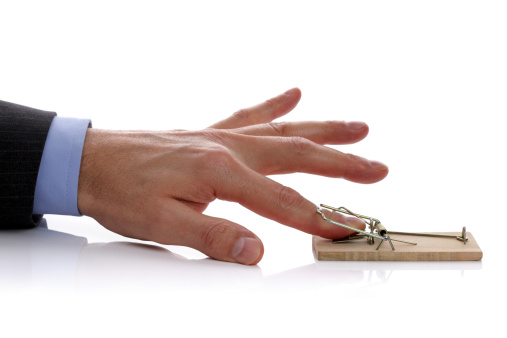 We’ve all heard of the elephant in the room and getting a monkey off our back, but what about that pesky mouse that darts in and out of your work environment?

Working with executives, I have seen that they tend to dismiss the mice in their lives until they morph into monkeys or worse, the big elephant.

The mice are often subtle with not so blatant behaviors. They may not even be visible or known to you early on. So consequently many leaders and managers ignore the mice problems. Examples of the mice in your company can be behavioral such as:

Or the mice can be negative results in which employee performance impacted the outcome:

These examples are ones in which on the surface may be minor initially but often lead to bigger problems such as:

Individuals withholding information can lead to poor decisions being made and potential significant damage down the line whether it be a new product being developed, a new system being implemented or a new contract being drawn up.

When a customer complaint isn’t handled properly that customer can share their experience on social media and all of the sudden you have an elephant to deal with!

How to trap mice and eliminate them

The number one method used to trap corporate mice early is to actively be asking challenging questions of your team and employees and then actively listen to their answers. Make sure to throw out a broad net to get as much input and perspective from as many as possible.  Often the most important information obtained is from someone you least expect such as a receptionist, accounting clerk, or network support member. Get out of your office or workspace and be curious and ask questions; you will learn a lot.

I remember years ago finding out that one of our employees was committing insurance fraud from another employee. We immediately let the person go. But, if we hadn’t been listening to others and asking the important questions we may never have found out we had a potential liability on our team.

So what steps are you going to take to trap the mice on your team and in your office?