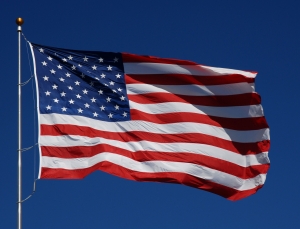 The Baby Boomers are arguably the most talked-about generation. These people occupy the largest portion of the workforce and, for various reasons, are and will cause the greatest upheaval as they retire and exit the business world. The children of those who returned from the Second World War, they were born into a booming economy with the certainty of success and a future. They saw Woodstock and Vietnam, and the earliest days of the Cold War. They built the technology we use today. But this generation can’t be broken down easily into one group; there seems to be two distinct factions of Boomers, based on when in their generation they were born, and consequently they go through the world with very different expectations.

The first part of the Baby Boomer generation was born just after the war, between 1946 and 1954, and were those who went to Woodstock, participated in the Civil Rights movement, and have a strong social conscience—they remember the Cuban Missile Crisis, the assassinations of Martin Luther King, Jr. and John F. Kennedy; they witnessed the women’s movement and men walking on the moon.

Those born between 1955 and 1964, while also considered Baby Boomers, are known for a less liberal spirit and came of age during Watergate, raging inflation, and other incidents to become cynical about government. They are less optimistic than earlier boomers, and express their experiences through a more conservative political stance. This part of the generation is sometimes called “Generation Jones”, as in “keeping up with the Joneses” to illustrate the type of social and financial competitiveness they have pursued.

On the whole, Baby Boomers are known for not just their competitiveness, but also the win/lose dichotomy and zero-sum mindset towards success that doesn’t always mesh with later generations’ exploration of possible win-win situations. This is in part due to the Boomers being such a high number of people born and then coming into the workforce at the time that they needed to compete more than their parents for resources and job opportunities, says human resources director Leslie Crickenberger.

Boomers will go the extra mile for success—they are dedicated to their organization and will put in the work necessary, and they value and expect stability and high status in return. They work well on teams and build consensus, and prefer solid plans and schedules (and can view spontaneity as unprofessional).

Boomers ideas of success and the expectation of a competitive salary to match their competitive work as well as a comfortable, lively retirement, are what drive them. This is exerting certain social pressures on other generations, whose populations have been smaller than that of the Baby Boomer generation, and the effects of their characteristics on other generations in the workplace should be considered in order to mitigate potential conflict and communication issues.

When you consider the Baby Boomers on your team, how have the experiences of their generation affected how they view younger generations, how they work, and what they expect to get out of a good employment situation?