How an Atlanta Company Used ‘Sherpas’ to Facilitate Onboarding 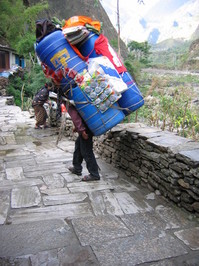 Every year, thousands of companies apply for awards that recognize great workplaces. And the companies that typically top the winners’ lists have three things in common: They value their human capital, they benefit from a highly engaged workforce and they have the ability to attract and retain top talent.

In the end they also often enjoy greater success than their competitors.

Here in Atlanta, the local list was recently published, and as I read some of the company stories, one stood out to me. My curiosity drove me to reach out to that company, LAN Systems, and its CEO, Mary Hester, to learn more about the company’s Sherpa Program.

This was the program Hester credited for having made the list in the first place.

Two years ago, the company was celebrating its fifth year anniversary, and, Hester said, was gaining the momentum that required the hiring of new employees at a faster rate than in the past. During this time, Hester noticed that the new employees coming into LAN Systems seemed to look and act “lost” at times during the early months of their employment.

The CEO knew that she had to find a method to onboard new employees more quickly or risk losing them. So, she decided to create and institute LAN Systems’ Sherpa Program.

The program was designed to help new employees settle in; adjust to their new workplace and culture; and make them feel part of the team sooner.  Ultimately, it was hoped, they could then become fully productive team members more quickly than they had in the past.

Before launching the program, LAN Systems did a lot of planning and preparation, Hester said. The process of matching employees was done purposefully and not randomly. A personality assessment tool was employed to identify a “sherpa,” or existing employee, who would complement, communicate and work well with the new employee.

Hester said she was committed to making the program successful by investing not only company money but her own time. So, she met with each sherpa and his or her new employee-partner each month, to make sure both individuals were seeing their needs met, and the initial pairing was working as expected.

At LAN Systems, the majority of employees are technical experts. So, after the program’s first anniversary, an emotional-intelligence assessment and training program was brought in to tune up employees’ skills and knowledge around emotional intelligence. The new knowledge provided additional skills to both the sherpa and new employee and helped strengthen their relationship.

What emerged was a great surprise and unintended consequence of the program. Not only did the new employees benefit from the program but the sherpas also reported receiving benefits. The Sherpa Program gave them the opportunity to learn how to teach and train, they said. It also gave them permission to slow down, think about their partner and ultimately understand that person in a more holistic way.

This ability to understand others translated to improved communications with customers as well. Hester says that being a sherpa provided these veteran employees with an opportunity to “exercise their brains on interpersonal skills.”

Originally, the Sherpa Program was set up as a one-year program, but the bonds created became so strong that many of the relationships have continued past the initial year. LAN Systems, Hester said, will continue to monitor the program for opportunities to improve training and process.

Are your new employees becoming productive and engaged quickly enough? Great onboarding can make a difference. And in the case of LAN Systems’ Sherpa Program, not only have new employees become productive faster, but existing employees have received professional development, and customers have enjoyed better service. Perhaps this route would work well for your company, as well.