How Can You Tell If Employees Are Telling the Truth? 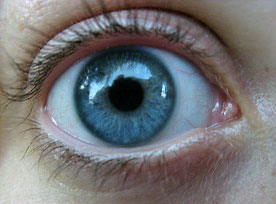 Creating a work environment where leaders and employees feel comfortable and safe telling the truth is a critical component to organizational success. But, in reality, many employees don’t tell the truth to their leaders—out of fear, out of politeness—and leaders need to know how to tell when their employees are being honest and transparent.

If you want to spot deception in your employees, you need to observe each employee under relaxed, stress-free conditions. While observing them, notice their speech tone, gestures, blinking patterns, etc. Practicing this will give you the ability to spot differences while they are talking to you.

Telling the truth will bring success

“…your single best defense against failure, as a leader, is to create an environment where people will tell you the truth,” wrote a Forbes contributor.

Signs that a team member isn’t being fully honest

When watching someone speak, be especially observant within the first five seconds of asking a question. Look out for these signs of liars:

These signs come from blifaloo.com, the books Spy the Lie by three CIA veterans, Philip Houston, Michael Floyd and Susan Carnicero, and Forbes.

Another way to tell if employees are lying, other than watching out for the signs above, is to create a peer group or an advisory board to help your organization be more authentic. Peer advisory groups can be especially helpful to CEOs, Presidents, and other senior level executives because the peers are providing unbiased advice.  They can be transparent without fear of losing their jobs or status their company.

One example of a peer advisory group is Vistage, which provides professionally facilitated peer advisory experiences on a monthly basis with up to 16 peers. I have had the opportunity to facilitate Vistage group meetings since 2006 and have witnessed first hand the power of honest feedback that is unmatched to feedback from an executive team whose livelihood is dependent on keeping the boss “happy”.

What other ways of detecting when employees are lying do you know?