How DiSC Can Improve Your Business Teams 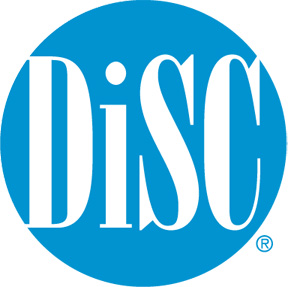 For any business person looking to succeed, learning more about teams is important. Recent posts have been about teams, and today we’re going to explore DiSC, which I’ve found to be useful assessment for team building and developing leaders during my executive coaching engagements.

I’ve been using DiSC since the mid-90s. And I’ve particularly seen it used to successfully identify stressed individuals and to help to make adjustments before a person suffers from burn out.

Here are a few more ways it continues to help business teams and leaders:

The history of DiSC

DiSC is one of the earliest psychometric tests created. Dr. William Moulton Marston’s theory about it first appeared in his 1928 book The Emotions of Normal People.

Similar to the Myers Briggs assessments, this tool evaluates a person’s psychological traits. More specifically, it examines an individual’s behavioral styles and preferences along four dimensions, or styles.

The reason this tool is different is because it requests that you determine your preferences based on a presented circumstance or environment. The idea is that people behave differently as things change around them.

Many people who have used it—and it’s been used in organizations worldwide—have called it simpler to use than other tools, which is great for workers who need to get things done quickly.

Dominant people are well suited to leadership roles within a team. They naturally take control. Tackling tough problems and dealing with many issues is something high dominance people do well. They are often competitive and look to the future. But if you’re building a team, too many dominant people can create unwanted tension.

These people are the social cement of the team. They create team cohesion and are able to communicate the findings and ideas of the team. People with high influence tend to be optimistic and enjoy networking.

These people help hold other team members from ill-considered conclusions or precipitous actions. They present themselves in a calm, controlled manner and have the ability to stay with a task. They also enjoy complimenting others.

They generate ideas and produce materials and reports. They often possess specialised skills and knowledge helpful for the project. People with high compliance are organized, have a good sense of urgency, and adhere to policies and rules.

As you build and lead your teams, understand that there are natural allies and antagonists among the styles and that each style functions best at different stages of a team. You’ll also want to try to create a balanced team, with all four of the dimensions represented.

According to the book Getting Results from Software Development Teams, only four percent of people behave primarily in one of the dimensions, about half of people will behave in two dimensions, and slightly less than half will present three or more dimensions as their primary.

In 7 Habits of Highly Effective People Stephen Covey writes: “Seek first to understand, then to be understood.” Understanding your style and the style of those you work with can go a long way in achieving business success.

How have your business teams used DiSC results to improve team performance?