How Office Politics Can Tank Your Small Company 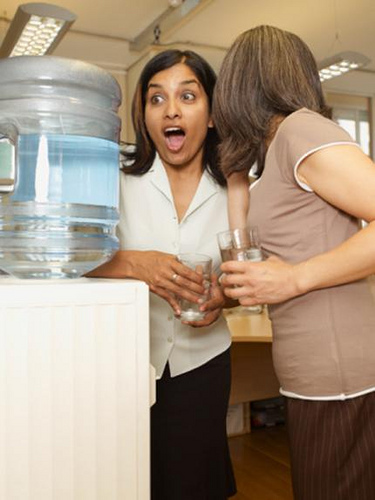 A few years ago the publishers of the Myer-Briggs Assessment published a study on workplace conflict that attempted to quantify just how expensive conflict can be. According to the report, employees in the United States spent 2.8 hours per week dealing with conflict among their peers and managers in 2008. This adds up to approximately 385 million working days lost and more than $250 billion in paid hours wasted on unnecessary conflict and its ensuing chaos.

Workplace conflict can creep into every aspect of a business – especially small and new businesses. When you’re trying to grow your company, you cannot afford the time or the money it takes to deal with internal conflicts.

The viral effect of conflict in small business.

Conflict can spread quickly, but it can take on a viral quality in small businesses. In a company where everyone works in close quarters and all employees know each other by name, word can spread like wildfire. A small conflict over a miscommunication can intensify in a matter of days, turning one person’s problem into the entire company’s problem.

Given this phenomenon, it is critical for small business leaders to develop conflict management skills and tackle conflict head on, before it gets out of hand.

Whatever you do, don’t avoid the situation.

The biggest mistake that business leaders can make when it comes to conflict is to avoid it all together. While you may feel as though your time would be better spent on other areas of the business, developing conflict-management skills is critical for the health of the company.

Avoiding conflict is easy in the short term, but it only creates bigger issues in the process. As a leadership coach, I recently worked with an entrepreneur who had some trouble with his sales team. One individual on the team was causing conflict with the entire group. This person would call his peers to complain about management, the company, the products and more. That complaining put “bugs” in the ears of the other reps, which led them to resent and mistrust leadership. The resulting conflict had a significant impact on productivity and morale.

My client had spent a great deal of time avoiding the problem, hoping it would resolve itself. As with most conflict, it did not. It only got worse and spread among the team, affecting not only sales and revenue but also the sales manager’s relationships with some of her best employees. Had someone stepped in early on to address the problems and concerns of the first rep, all of the ensuring dramatics and lost dollars could have been prevented.

No matter how unpleasant it may seem in the moment, it is always a better idea to address and manage conflict head on than to let it fester behind the scenes.

To reduce conflict, focus on cultural fit when hiring.

If your company is experiencing rapid expansion, it can be easy to breeze through the hiring process in an effort to get people in seats. However, it can be argued that the most critical time to move slowly and deliberately while hiring is during periods of growth.  You want to make sure that the people you bring on in the early stages of the company will be able to grow along with the business. This means matching up more than just skills and qualifications. You must hire with culture in mind.

If you hire new employees whose values do not align with the values of the company, it can lead to a great deal of conflict. This type of conflict can’t be solved. Values are inherent to who you are as a company and brand, and they are inherent to who each employee is as a person. Values can’t be trained, nor can they be changed.

The same thing can be said of personality. When hiring new team members, consider how their personality will fit with the existing workforce.  If your company culture is loud, boisterous, and it’s not uncommon to hear some swear words out on the floor, a quiet and withdrawn person won’t be the right fit.  People are who they are, and if they don’t fit in with the team, conflict will follow.

Conflict is unpleasant but managing conflict is a critical skill for entrepreneurs and small business leaders. When you are able to find healthy and productive resolutions to conflict, it can save your company time, resources and money.