How to Lead Through the Economic Recovery 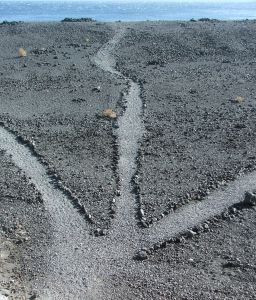 During the past six to nine months, many executives that I have worked with have had to let employees go in order to survive the economic downturn. They have also had to look at all of their discretionary expenses and cut many of these expenses as well.

The planning of such programs is not the difficult part. It is the actual implementation of these cost cutting programs that is the most difficult for both the manager and employees. How managers’ lead during the following months after the job and expense cuts have been made is critical to employee morale and productivity. Executives that are focused on the future after the economy recovers and display key behaviors prior to the recovery will be positioned for a robust recovery. Those executives who are stuck in today’s economy and aren’t taking care of their current employees will be rudely awakened when the economy bounces back.

So who are the executives that have companies that will survive and thrive? What are they doing on a consistent basis? What do they value?

What are the High Level Leaders Doing?
The leaders that I work with who are managing at a higher level, rather than those who aren’t, genuinely believe that the employees who remain after the reduction in workforce are their most valuable resource. How do I know this? I know it from both what they say AND what they do.

What are they saying that makes me believe they are a high level leader? I first listen for the actual words that they use. Leaders whose vocabulary is dominated with “we, us, the team, and the company” tell me that they make decisions which are best for the company and not themselves. Those leaders who when talking about their employees use words like “development, potential, valuable, encourage, coach, and mentor” tell me that employees are important, valuable, and should be invested in.

An example of this was a recent conversation I had with a business owner of a product distribution company that was rapidly growing until about six months ago. He had recently let go several employees and was sharing his concerns with me about the remaining employees. He lamented how difficult it was to let go of some very valuable employees and that he was concerned that those that remained were working even harder to fill in the gaps left from those who were let go. He went on to say that he wanted to encourage all of his employees so they would remain as committed and motivated as they were before the layoffs. He felt and believed that it was his mission to help all of his employees be engaged and motivated.

What do they do to display their concern for their employees? They are accessible to employees and often leave their office and walk around the office to observe their employees in action and answer any questions they may have. They constantly look for great performance by employees then praise them for their efforts. They create opportunities for employees to praise and recognize each other during project and team meetings. They celebrate small and large successes.

A great example of this is a technology company that I work with. The president gets out of his office each day and walks the halls and cubicles to visit with employees. This is something that he has been doing for years and with a recent reduction in workforce, these walks have become even more important to him. He is finely tuned into the interactions he observes and doesn’t miss the opportunity to offer his help and assistance. And recently he has added a very inexpensive benefit to all employees. Twice a week he has a trainer come in to provide group fitness classes to employees. They use the warehouse space as the training facility and he participates in the training. More importantly, he pays for this out of his own pocket and communicated this to his employees because he was concerned that if he didn’t share his donation there would be a mixed message—the company can afford a trainer twice a week but couldn’t afford the employees that were recently let go.

This leader demonstrated his commitment to his employees by being present both during times of work and play. And by being present he was able to assist individual employees when help was needed. Employees felt and believed that leadership was committed to supporting them through these difficult times.

When employees believe that their leaders care, support, and want to genuinely help them on a consistent basis, they are committed and become loyal and fully engaged with their employer. So when the economy rebounds, which it will, these employees will not be looking for the exit rather they will be rallying with their leader for success. And remember to continue to lead at a higher level even after you and your company gets through the downturn! Thee leadership practices will keep you competitive!