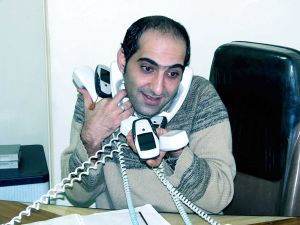 You see it at work. You drop by an employee’s workspace to discuss a current project and she continues to work on the computer while you are having the discussion. How do you feel as the person continues to “multi-task”?

Then you’re at home and your spouse is in the kitchen preparing for dinner or loading the dishwasher. You start a conversation with him or her and they continue on with their task at hand while conversing with you. Did they really understand what you said? Did they really hear you?

So, you do see it. Are you also part of it? Multi-tasking, for many people in this ever changing and demanding world, has become a badge of pride. I can’t tell you how many executives I have worked with who actually believe that multi-tasking increases their productivity.

It Doesn’t Increase Productivity
Yet, research shows just the opposite. Back in 2001, in Journal of Experimental Psychology – Human Perception and Performance, Vol 27. No.4 the article “Executive Control of Cognitive Processes in Task Switching,” Joshua S. Rubinstein, U.S. Federal Aviation Administration, Atlantic City, N.J.; David E. Meyer and Jeffrey E. Evans, University of Michigan, Ann Arbor, Mich., conducted a study which “revealed that for all types of tasks, subjects lost time when they had to switch from one task to another, and time costs increased with the complexity of the tasks, so it took significantly longer to switch between more complex tasks. Time costs also were greater when subjects switched to tasks that were relatively unfamiliar.”

In a 2007 New York Times article, Jonathan B. Spira, an analyst at the business research firm Basex, estimated that extreme multitasking costs the U.S. economy $650 billion a year in lost productivity.

And in a recent article from Harvard BusinessSchool http://bit.ly/LLEtx references another study from StanfordUniversitythat supports the earlier study. The article suggests that we should be focusing on the value of the task and that single-tasking is probably not practical in the 21st century.

Multi-tasking Effects on Interpersonal Relationship
And even if you don’t believe this scientific evidence which shows that multi-tasking does not save you time, think about the other effects it has. What message are you sending to the people you are multi-tasking on? They probably wonder what is more important than the discussion they are trying to have with you. They may even think that you’re just plain rude.

I agree with the HBS conclusion that it is difficult to move to single-tasking, BUT only when the multi-tasking does not involve interpersonal communications with another individual.

So how can you change this multi-tasking behavior when you are confronted with someone wanting your attention?
Set aside time during each day when you will not multi-task. You will focus on one task or one person. When someone approaches you for a conversation and you are in a time crunch, let the individual know that you only have a specific amount of time or ask them to come back at the specific time you have set aside for single-tasking. This is time when you can give them your undivided attention. If you do have time to speak with them, turn away from your computer and put your PDA and cell phone on silent so you aren’t tempted to multi-task.

Giving your employees, team members, family, and friends your undivided attention during an important conversation will build stronger relationships by increasing understanding, decreasing stress, and increasing respect. Managing multi-tasking will also increase your productivity and model appropriate behavior to other employees. What’s keeping you from starting to manage your multi-taking behavior?