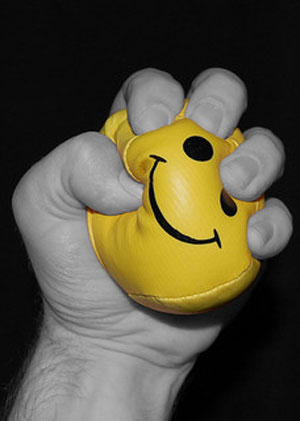 Performance feedback is something employees in our country view negatively—even HR staff largely don’t trust the process. Part of the reason why is because most companies are so bad at it.

But, if your company is able to improve its performance evaluation and coaching, you’ll have happier and more productive employees increasing the possibility of success for everyone.

You and other leaders at your company are most likely making at least some mistakes with your performance feedback. How do you improve? One way is to look at the following list of don’ts and to compare with your own actions and the actions of other people at your organization.

What leaders and companies shouldn’t do when delivering employee feedback

1. DON’T over rely on traditional, simplistic strengths-and-weaknesses templates. Tools, such as 360-degree feedback and balanced scorecards, are included in this category. These instruments only give part of the picture. They tell how the employee performed, but not why.

2. DON’T only engage employees on a superficial level. Leaders need to be taught how to ask the right questions that get to the person behind the actions. They need to be able to “peel the onion,” as an article in Business Week describes it, and get to the deepest part of the employee’s personality. Determine what are the root causes of specific behaviors.

3. DON’T over rely on yearly performance reviews. If a company’s approach to performance feedback is doing yearly reviews and nothing else, then the company and its employees are not seeing the benefits of a good performance process. Employees need more than a once a year review. Some experts argue that performance reviews should be eliminated entirely—and research discussed in the New York Times suggests they are killing people due to stress. Instead, businesses must go beyond the performance review, or cut them out entirely, and work to create more regular feedback.

4. DON’T wait too long. Be proactive and address issues as soon as you are aware of them. Don’t wait until the employee becomes attached to a specific behavior or way of working before telling them it’s wrong. Leaders must learn how to be comfortable having difficult discussions. It’s also a good idea for them to reinforce good behaviors as soon as possible.

5. DON’T only focus on the negative. Good leaders give feedback more than when something is done wrong, and they don’t start a conversation on a sour note. Some experts say feedback must be balanced, while others argue that feedback should reflect the work of the employee. Some studies have shown that employees need to hear at least 7 praises to every one negative feedback, if you don’t want to negatively impact productivity and engagement.

6. DON’T give negative feedback publicly. Some leaders believe the shame will make people take action. But most people will suffer from the experience instead of learning from it. If you are in a meeting, wait until you have the person alone.

7. DON’T use impersonal and indirect methods. This includes using email or voice mail because they don’t allow for two-way communication. And, “passing the buck” to  someone else to give feedback is ineffective and shows a lack of interest on your part.

Look for part 2 on this topic of performance feedback. More actions and techniques leaders and companies shouldn’t do, if they want to improve their performance evaluation process will be presented.