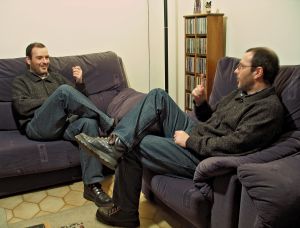 While all of these are important, they are not all a leader needs to succeed and have the highest level of communication and engagement among their team members. Social intelligence also plays a role, and sometimes an even more important one than EQ.

I recently was coaching an executive who had many EQ traits, he was adept at reading and responding to other’s emotional needs yet he used this skill to manipulate others around him. This had a negative long term impact on his ability to build and keep long term relationships. His manipulative nature caught up with him and his team lost trust in him.

“You can be the most brilliant innovator, problem-solver or strategic thinker, but if you can’t inspire and motivate, build relationships or communicate powerfully, those talents will get you nowhere,” says Goleman, pointing out how crucial social intelligence is for leaders. Leaders need to coordinate people with resources, to understand needs, motivations, boundaries, reactions, and limits, and none of this can be accomplished without keen social awareness.

What are the basics of social intelligence? Being able to talk to people is one key trait—and not just people who will be useful to you, either, or who will stand still while you talk about yourself. Another ability that is a large part of social intelligence is being able to actively listen, in a way that allows you to understand another person’s feelings, perspective and patterns of thought. With these foundational skills, continually developed, you can navigate your way through difficult negotiations and important team collaborations successfully. All these skills are learned and developed throughout everyone’s life, but not everyone makes the most of naturally occurring opportunities to grow their social intelligence.

Active listening is one of the hardest techniques to accomplish on a consistent basis and the leaders that I have coached over the years, who have mastered the ability to actively listen, not just hear, have been the most effective leaders.

Without social intelligence, even the smartest and most competent leader will not advance, because without the strength of social bonds on a team, employees can often become frustrated with the lack of communication or the poor method in which information is delivered. Even worse, their frustration can even cause them to mirror a leader with low social intelligence, bringing down the efficiency of the entire team. A leader low in social intelligence will be critical to others in non-constructive ways, or display a lack of interest in others’ projects, thus unraveling morale. A leader who does these things won’t remain at the top for long.

Social intelligence is something that everyone improves upon throughout their lives. And, good leaders develop social intelligence as they progress in their careers. Ways to accomplish this include the simple act of paying more attention to how social interactions work, obtaining an executive coach to develop behavioral techniques to strengthen social intelligence, and formal assessments, such as StrengthsFinder, which allows individuals to identify thematic strengths of character that they can then build on in their day-to-day interactions.

What steps do you plan on taking to continue to develop your social intelligence?