Succession Planning: It’s a process Not an Event 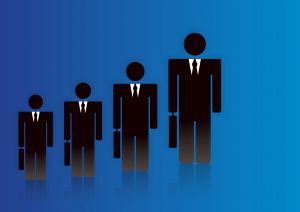 There have been several recent leadership changes at high profile companies such as Apple and IBM. These changes were planned over years and what looks like an event to the public, was much more.  Public companies who make successful leadership transitions are often rewarded by investors.  And the reverse can happen when companies like Hewlett Packard don’t have a pipeline of qualified leaders internally and thus resort to looking outside for a successor.

I mention public companies as an example, but don’t make the mistake of thinking that private companies shouldn’t have a succession planning process.  Any buyer of a company, such as a private equity firm, will be looking for a company who has strong and sustainable leadership. Yet, even though leaders know that succession planning is important, only 23% have a formal plan according to a recent poll by Society of Human Resource Management.

So what should you as a leader be doing to build a pipeline of leaders so that you insure an orderly transition?

The first step is to start early.  It can take 3-5 years to identify and prepare successors for their next role. The higher the position the longer the planning, developing, and transitioning will take.

Create an updated success description. Too often companies craft the success criteria of an executive role around the current executive, not taking into account changes that have taken place in the strategy of the company as well as the changes externally. During this updating process, include the person currently in the position as well as board members and human resources. In addition, include your core leadership competencies from your core competency model that are key to accomplishing your strategy.

Once you have identified the critical success factors for the position, use a variety of assessment techniques with a focus on objective rather than subjective measures to evaluate leaders. Assessments should include ones specific for leadership such as Hogan Leadership, emotional intelligence, and 360 assessments. These assessments will provide objectivity to a process that is too often riddled with subjectivity.

If you don’t have a formalized succession planning process, time is of the essence. According to Booz & Co’s 11th Annual CEO Succession Study, CEO tenures in 2010 were 6.6 years compared to 8.1 years in 2000. So CEO tenure is declining.  In addition, CEOs who were promoted from within produced far superior results compared to their counterparts hired from the outside.  Insider CEOs delivered 4.6% return to outsiders with only a mere .1% and there tenure was longer with an average 7.1 years versus 4.3 years of outsiders.

From this study, companies and their boards would be wise to join the ranks of the 23% who already have formal succession plans so they can insure a higher return on their investment.

And finally, if your find yourself in the situation of not having a pipeline of leaders and your only option is to look to the outside, remember that past success does not always predict future success.  When hiring externally be careful to match the candidate with the culture and values of the company, unless it is a turnaround situation and dramatic change is required.