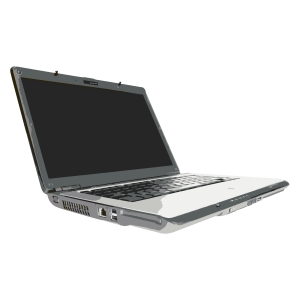 Millennials or Gen Ys, born after 1980 and the most recent generation entering the workplace, bring with them an ingrained understanding of technology and social media developed from an early age.  They also have concerns about job security due to the recession; many of them received their diplomas and news of the stock market crash in the same month.

With an uncertain economy, fears that their degrees are barely worth the paper they’re printed on, and a lifetime of watching their parents change jobs, this generation hoards accomplishments, titles, and job experiences like it is the currency that will buy them a dependable career. They are willing to work multiple jobs, long hours, and do anything necessary to ensure the ability to support themselves.

With AOL making the Internet accessible to people on a widespread basis in 1996, Millennials spent their childhood developing an instinctual literacy for technology, or multiple technologies at once, making them good multitaskers. They learned computers by pushing buttons and seeing what would happen, so when it comes to learning, they like to learn by doing, rather than getting all the information up front like previous generations have preferred.

Access to technology has also broadened their worldviews, allowing them to globalize their education and socialization, and understand concepts from non-traditional viewpoints. This may be the reason that, according to Leslie Crickenberger, that “Millennials seek meaningful work and are believed to be the most socially active generation since the early 1960s.” A large proportion of this generation believes in social justice and desires the company they work for demonstrate a social conscience towards the community in which they exist and for the resources they use.

In the early 1990s, there was a social and educational trend towards boosting children’s self-esteem, leading many Millennials to seem cocky and arrogant with a high regard for themselves. However, the constant message that they could accomplish anything and the hyper-involvement of their Gen X parents reinforced the idea that they must do well at everything. And, they will receive constant (and quick, at the speed of internet) affirmation of their accomplishments. Without positive feedback, they become insecure and try harder to prove themselves, which can be detrimental to the quality of their work.

The concerns of this generation are great and should not be dismissed by older generations; acknowledging that even in hard times, their company can provide them with meaningful job titles and responsibilities for resume-building lets them know their concerns are taken seriously. They have a lot to offer in terms of business growth in the twenty-first century, as globalization continues.