Handle Negative Employees with Ease: Do This, Not That 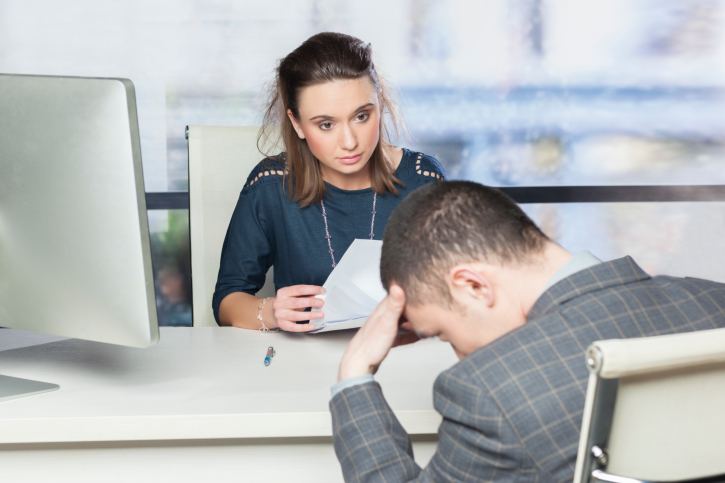 As a leader you should both praise the individual for good work as well as confront the employee who consistently displays behaviors not valued by the team.  The “negative employee” can be disruptive and impact a teams productivity.  What message are you sending to other employees as you allow bad behavior to continue?

I was recently meeting with an executive who was complaining about an employee who was always the naysayer.  Conversations were always about why something couldn’t be accomplished. I pressed him on the impact it was having on him and his team. The bottom line: too much negative energy was creating non-value added conversations centered around the negative individual, yet no one was addressing it to the individual.

This is an example of the “it can’t be done” person who dismisses all ideas except their own, or blames others and doesn’t take responsibility. And then there is the rude person who can’t thank others or request help using “Please” as common courtesy.

Imagine this scenario: during a meeting that you are leading, one individual makes continual statements that are interpreted, by you, as negative.  They are such things as “that hasn’t worked in the past”, “there is no way we can meet the schedule”, or “this project is doomed for failure”.  It is your job to answer the question; is this a negative employee?

You need to assess if this is a theme or just an instance i.e. does this person have a reputation for being negative or is this something unusual for this particular team member.  If this person has a general negative attitude then it should be addressed within the meeting.

As a leader you know negativity can be very disruptive to a team, which is why it needs to be addressed early on by having a crucial conversation.  Some common types of negative employees that you typically see are as follows:

The Instigators
The individuals who simply want to cause havoc in the workplace for a multitude of reasons: upset, bored, overworked, etc.

The Whiners
The individuals who complain about anything and everything they do and constantly make remarks like, they hate the company, or they can’t wait to leave

The Power Hungry
The individuals who were given a promotion or possibly a chance to lead before they were actually ready, and have abused their power

Do: Speak with the team member one on one.  Sit down and discover what the root of their disturbance is. Finding out the issue could give you information that you could use, for instance; is the employee overworked, are there outside influences that are effecting their work habits and if so do you have an on-the-job counselor who can speak with them, are you not giving them enough feedback, etc.?

Once the root of the problem has been discovered, explore with the employee how it can be resolved and what actions he/she plans on taking to resolve the problem as well as what support you will be giving him/her.

Don’t: Immediately assume that the actions are intentional and don’t take action in front of the team. How you handle the situation can directly impact how you are perceived by other team members and could in turn make you look like an ineffective leader.

What do’s and don’t would you add to the list?

Additional Reading and References:
Click here for more information about the negative worker.
Click here for 5 more steps on how to deal with a difficult worker.