The Traditionalists- Part 1 The Multi-Generational Workforce 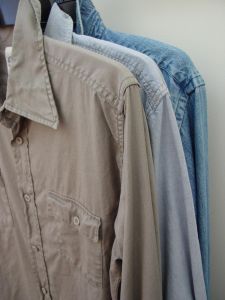 Who are the Traditionalists, also known as: the Silent Generation, Veterans, and Radio Babies? They were born between 1932 and 1945, after the crash of the Stock Market in 1929 and into the ensuing Great Depression. While the previous generation was focused on survival and saving everything of possible use to survive, this generation saw the slow growth of the economy leading up to World War II and the ensuing booming of industry, making them both optimistic about opportunity and fiscally conservative. They believe in the American Dream because they saw it work for them.

The type of work they knew they could depend on was often blue-collar, assembly-line jobs, making them detail oriented, hard working, and loyal. This variety of work, naturally, makes them view work as a place you go to at a certain time, and so they can have difficulties with Gen Xer’s and Millenials’ more flexible view of work as something you do, from wherever you are.

Because of the world-changing events during their formative years, they value stability, both in terms of traditional family resilience and commitment, and professionally with consistent employment, often life long employment. No matter what changes the world brings, they believe that hard work will provide a stable source of income and hold their family together for a dependable social net, they will be alright.

Having seen leaders like Churchill, Eisenhower, and others, they have honor and respect for leaders, unlike the following generations who questioned and rebelled against what they discovered to be leaders not worth respecting. Many of their authority figures were people leading the war effort and repairing society, so respecting them was part of making a positive contribution to the world.

Now, for those who haven’t retired, they want to know that their experience is valued. They want to see that the perseverance and hard work they have shown throughout their life will result in the reward they always counted on for security. Their desire to be valued can make them not want to retire, which means that younger employees in a company may not have the opportunity to rise in an organization; this can be balanced by finding a way to create a more open or part-time schedule for older employees in order to take advantage of their experience and mentorship capabilities while also making room for growth and development of younger employees, thus retaining employees with potential.

While you may have fewer employees from the Traditionalist generation, they, like every generation, work and understand things best in certain ways.

If you are not part of this generation, what can you do to respect their life experience and put it to the best use?