This Year’s Resolutions–New or the Same Old Ones? 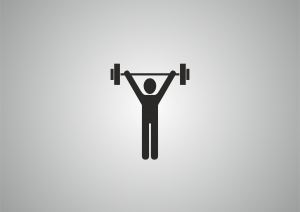 If you’re someone like me who exercises, you probably become annoyed during the month of January as the gym fills up with the multitudes of people who have made a resolution to lose weight and/or get fit in the new year. My annoyance is always short lived as the numbers of new faces dwindle over the next several weeks.

Several years ago I made the resolution NOT to become annoyed, and instead find the humor in the whole situation. I joked with other members in year round attendance. We would make bets on who would last past the month of January. Some of the bets were easy as I had seen these faces in the prior January or I observed a lack of energy behind their workout efforts. Then on occasion there was someone who was able to create a habit of coming in and exercising.

What was it that made these people different? I believe that there were several things

First, they clearly identified all the benefits of reaching their goal and they developed a reward system to celebrate the small successes as well as the large ones.

They set a specific goal that could be measured with a deadline, such as weigh 150 lbs by May 30th and then created incremental goals to keep them on track. I will lose 1 lb each week.

They found someone who they respected and counted on to report back their progress to on a weekly basis.  This person was someone who could support them in their long term goal. They weren’t alone.

They didn’t keep their goal a secret and announced it to many of their friends.  Peer pressure can be a huge motivator!

So if you have a New Year’s resolution for 2010, use these simple steps to increase your effectiveness in keeping your resolution!