How Trust Among Leaders Created Our Independence 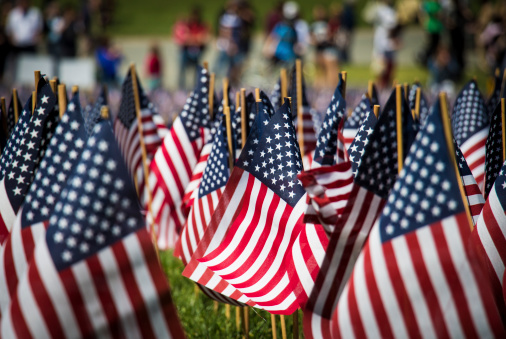 Independence Day has always been one of my favorite holidays. I spent the first five years of my life in Lexington, MA, and then moved to Concord for grade school. Growing up in the place where the first shots of the Revolutionary War were fired gave me a unique perspective on the birth of our nation. If

you ever have the opportunity to visit Lexington and Concord, take it. They are very special places, and I

can assure you, it will fill you with unique perspective on what it means to be an American.

A Congress of Strangers

As a country, we spend a lot of time each Fourth of July around the grill yet little time reflecting on

our Founding Fathers. But this holiday gets me thinking about leadership. When the First Continental

Congress gathered together in Philadelphia in 1774, hardly any of the 56 men in attendance knew one

another, yet they were asked to trust each other implicitly as the engaged in what amounted to an act

of High Treason. They were drawn there by a common goal, and they were able to work together to

create and pass the Declaration of Independence, and then went on to finish the war and build a new,

powerful nation in the world? Anyone who has ever lead a team knows how difficult it can be to get

everyone to work together on even the smallest of projects, let alone birth a nation. All of the delegates

to the Continental Congress had a common goal, but they also had their own priorities and their own

constituents to answer to. The obstacles that the Continental Congress had to overcome in order to

work together toward independence were far greater than what we have to deal with each day. But

Leadership Lessons From our Founders

So just what can we learn about teamwork from our founding fathers? How can we, as leaders, help

teams overcome mistrust in order to achieve our goals?

Want to learn more about leadership? More articles from Beth are just a click away!

We often think of the Founding Fathers as invincible, but they experienced many hardships and made

many sacrifices. Of the 56 members of the First Continental congress, five were captured and tortured

by the British army and twelve saw their homes ransacked and burned to the ground. Several men lost

sons in the fight. Nine picked up arms, fought and died in the war. A few sold everything they owned to

support the cause and died in poverty. Working together as a team is never easy. We all face hardships

and are asked to make sacrifices. This Independence Day, take a moment to think about what you, as a

leader, can learn from our Founders and how you can apply those lessons to your own teams.